How can we help you today?

Can I enter multiple equations in a cell as I am solving a problem? Print

Gradarius will give a warning sign as "the higlighted expression is invalid" when you enter multiple equations in a single cell. 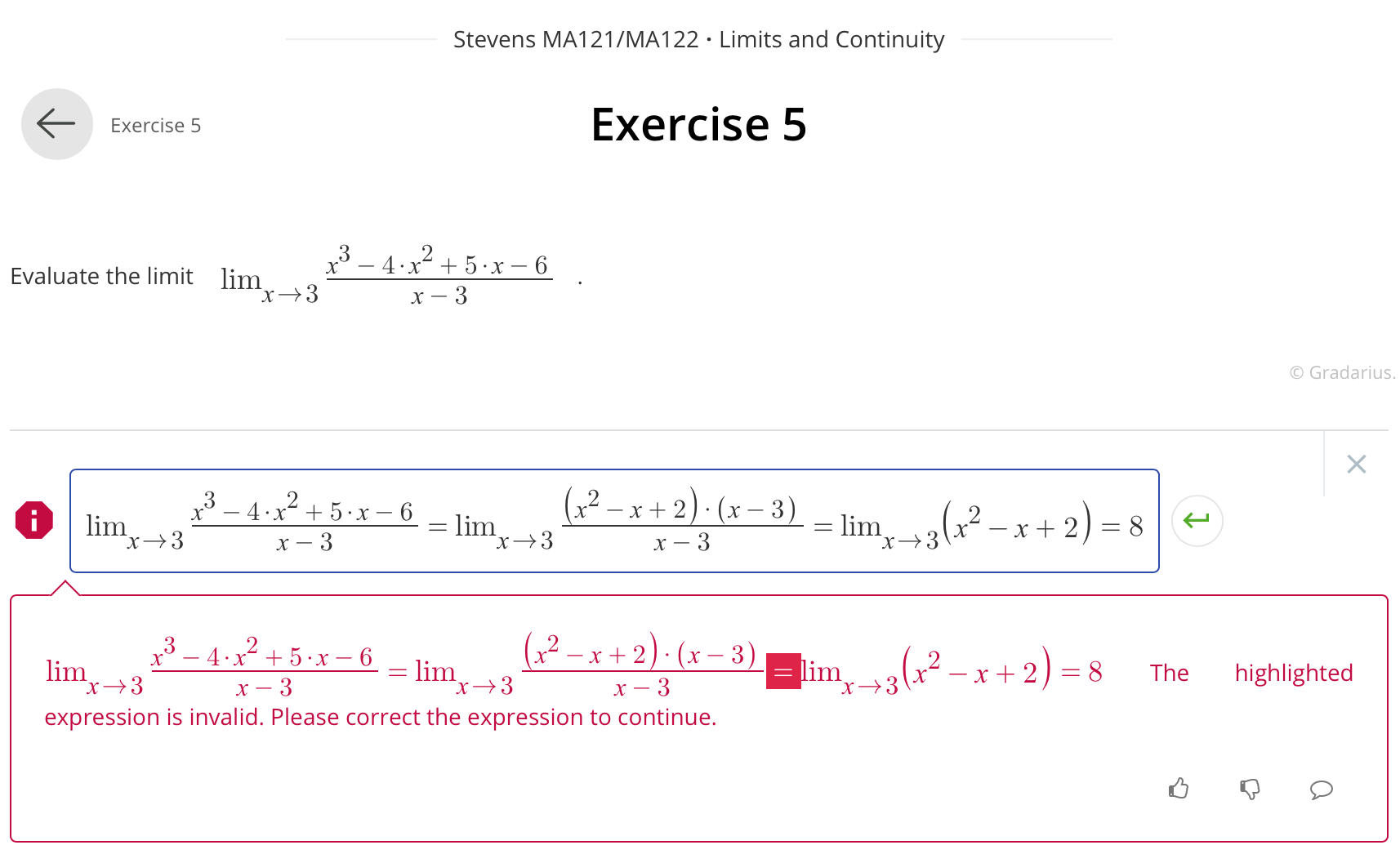 If you are solving an equation, note that the following cells in Gradarius must also include equations and they should follow from the previous ones. If you are using a non-equational  expression, then the following expressions must be equivalent to previous ones. Please take a look at the image below to see the proper approach to solving the same problem given as above.

Did you find it helpful? Yes No

Send feedback
Sorry we couldn't be helpful. Help us improve this article with your feedback.